The Sea Chef's Aponiente restaurant is one of only two new establishments to be awarded a three-star rating in the 2018 Michelin Guide. As well as offering superb cuisine, the eatery is also noteworthy for its design, which includes various features made from Dekton® by Cosentino.

Popularly known as "the Sea Chef", Seville-born Ángel León has made his home in Cádiz, where his Aponiente restaurant has received the ultimate accolade in the 2018 edition of the tyre company's famous guide: three Michelin stars. The prize is the result of a great deal of hard work and a very ambitious project, which began in September, 2015, when the chef moved from a small, modest establishment to the Molino de Mareas (the Tide Mill) in the Cádiz district of El Puerto de Santa María. Sixty-five people now work in this impressive 19th-century building, which boasts 1,800 square metres of floor space and is surrounded by marshes and salt works. The utmost care was taken when designing the refurbished premises, as evidenced by the various features made from Dekton® ultra-compact surfaces by Cosentino. To give a more specific example, the brand's Zenith colour model, a solid white tone that offers purity and brightness, was used for the benchtops and some of the walls. 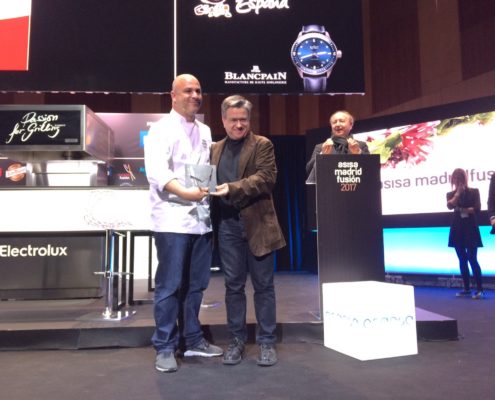 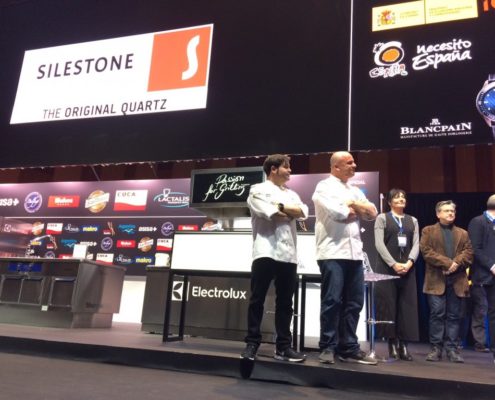 Ángel León has been a multiple award-winner throughout his career, and notably, just this year, 2017, we awarded him the Silestone Prize for European Chef of the Year in recognition of his continued research into seafood cuisine and his untiring efforts to raise environmental awareness. He was presented the award by Santiago Alfonso, Grupo Cosentino's Director of Communications and Marketing, at the most recent edition of the Madrid Fusión international culinary congress, held at the end of January.

Just like one of the Andalusian chef's innovative dishes, Dekton® is also the result of a sophisticated blend. A combination of glass, state-of-the-art porcelain materials and quartz surfaces is processed using the exclusive TSP technology to produce a revolutionary material that's ideally suited to professional and household kitchens alike. It's the material of choice for the world's top chefs, and is used in other highly prestigious restaurants. The fact is that Dekton's superb features are enough to convince even the most demanding chefs.

Scroll to top
Where to buy
Latest colours
africa